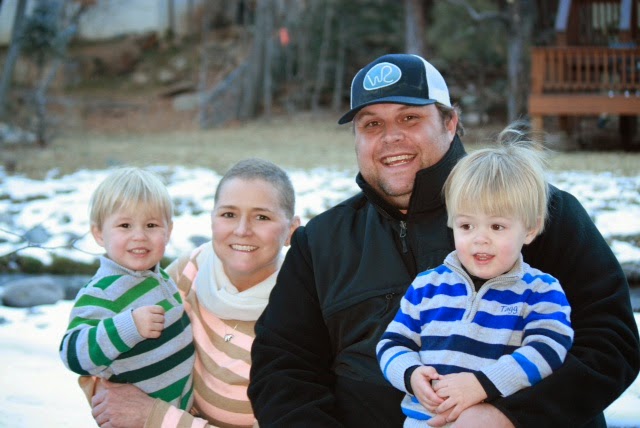 In North Texas, we treasure our incredible Honored Heroes.  An Honored Hero is a person currently in treatment for a blood cancer or a survivor who supports The Leukemia & Lymphoma Society (LLS) in a number of different ways.  Our Honored Heroes participate in events, speak on our behalf to raise awareness, fundraise, etc.  Most importantly, our Honored Heroes remind us of why we work so hard to find cures for blood cancers.

Today we are thrilled to introduce you to Ashley Baganz, the 2014 Fort Worth Light The Night Walk Honored Hero.  We have been fortunate to know Ashley and her family for the last couple of years and we know you'll be just as taken with her as we are.  Read below as Ashley tells her story in her own words.


"In August 2007 I went to the doctor because of a constant headache I thought was caused by a fertility drug. They did blood work and admitted me to the hospital to figure out what was wrong. Dr. Asad Dean happened to be filling in for the regular hematological doctor. After many tests he diagnosed me with Myelodysplastic Syndrome (MDS) and milo fibrosis, both rare conditions for someone my age. He referred me to Dr. Robert Collins at UT Southwestern. They did my first stem cell transplant in September 2007 after finding both my brother and sister to be perfect matches. My brother was my first donor.  But because they were not able to do the standard chemotherapy regimen prior to transplant I was not completely in remission.  Thus resulting in a relapse three months later. I then went through a few months of chemotherapy, which put me in remission, and I received my second transplant in April 2008 from my sister. I was in remission for 2 1/2 years and relapsed again in December 2010. I went through chemotherapy again, putting me back into remission and received my third transplant from my sister again in May 2011. I was in remission for another two years and relapsed again in July 2013.   Dr. Collins was talking about doing transplant number four, but after much thinking and consulting with other doctors around the country, he decided on a treatment plan of a monthly chemotherapy drug called Vidaza. Dr. Collins has sent my bone marrow across the country for different kinds of testing, hoping they can determine what's causing my leukemia. The researchers at UTSW have injected lab rats with my bone marrow and actually discovered one of the many causes of my leukemia. The monthly vidaza treatment and bone marrow biopsies are keeping the leukemia at bay for the most part. I am now waiting for the researchers to find a permanent cure."

Join Ashley, her family, and thousands of other Light The Night supporters at the Fort Worth Light The Night Walk on Sunday, October 26, 2014.  Register your team today.
Posted by Unknown at 12:30 AM